Simon is Global Director, Technology, at Ricardo. He has over 35 years’ experience in the automotive industry, working variously for an OEM, a Tier 1 supplier and an RTO. Simon is immediate past Chairman of EARPA in Brussels, has held positions at the IMechE in the UK, been a visiting lecturer at and is a member of the technical advisory board for the Esslingen University of Applied Sciences, Germany.

Simon graduated in Automotive Engineering & Design and completed his doctorate in engine tribology. These were undertaken whilst working for LeylandDAF Trucks in the UK, where he was conducting vehicle aerodynamics and engine research.

In 1993, he joined Ricardo in Shoreham-by-Sea, England, working on engine efficiency and emissions control developments. Subsequently, he moved as manager to the Technology Department, with responsibilities including optical engines and rigs, air flow development and university liaison. In 1999, Simon took the opportunity of a one-year Royal Academy of Engineering fellowship, seconded to DaimlerChrysler in Stuttgart. Thereafter, Simon continued working for Ricardo, based in Germany.

In 2006 Simon joined Behr GmbH & Co., KG in Stuttgart, as Director for Advanced Engineering in the Engine Cooling Product Division. In this role Simon lead a team with responsibilities including the development for first series production application of all engine cooling products (radiators, charge air coolers, fans, EGR coolers, oil coolers etc.), the prototype shop, the validation facilities, and the competence centres for joining and chemical technologies.

In mid-2012, Simon re-joined Ricardo, as Global Director, Technology, responsible for the research and collaboration portfolio of the company around the world. In this role he has overseen a significant growth in the involvement of Ricardo within government funded programmes, particularly the Horizon 2020 framework, within projects such as ECOCHAMPS, HDGas, GasOn, RESOLVE, REWARD, IMPERIUM, THOMSON, ALLIANCE, INTEGRAL, FUTURE-RADAR, HIFI-ELEMENTS, dieper, DownToTen and PaREGEn

Back to executive group 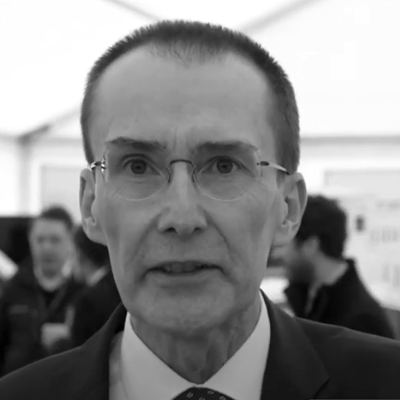